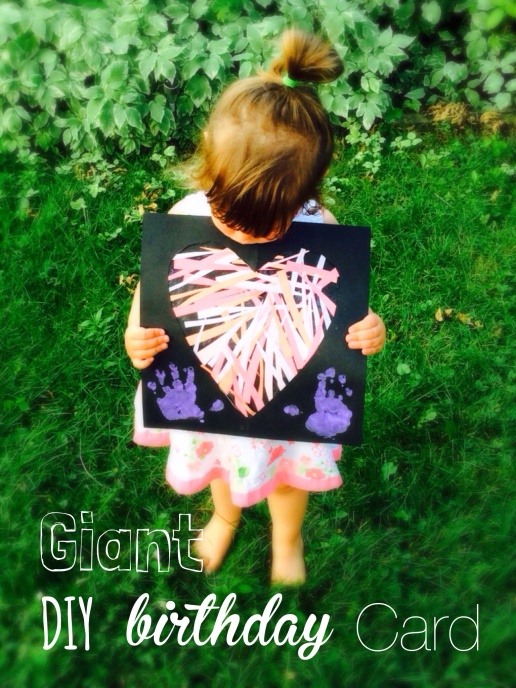 One of the things I love about parenting is crafting with my little one. I’m as happy as a clam when I get to use our craft supplies and we start cutting, glueing, and painting!

My mother’s birthday was coming up, so I wanted to make a birthday card. Actually, my goal, as always, was to come up with a craft idea, that my two and a half years old could do on her own while practicing her fine motor skills. =)

So this paper scraps giant birthday card is a craft that you could make either with a toddler or a older kid. I had to cut everything for my girl, but she glued it all on her own, while a bigger kid could easily make the card from the beginning to the end on their own.

Start by cutting long scraps of different colored paper. Then glue the scraps randomly in the middle of the cardboard, making sure to layer some of them. 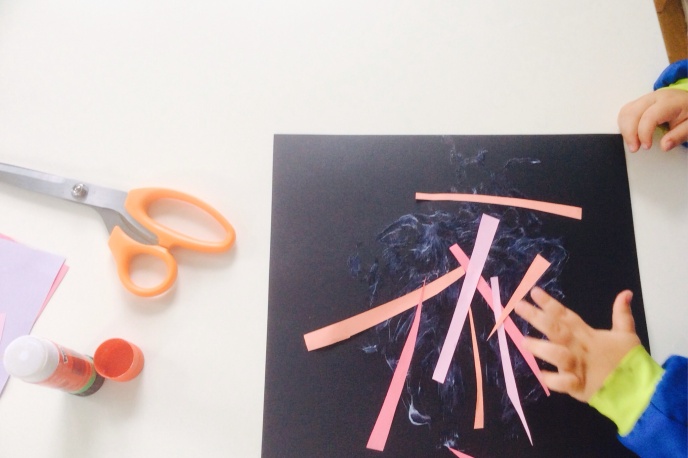 After there are plenty of colorful scraps of paper glued one on top of the other, you can start making the top of the card! 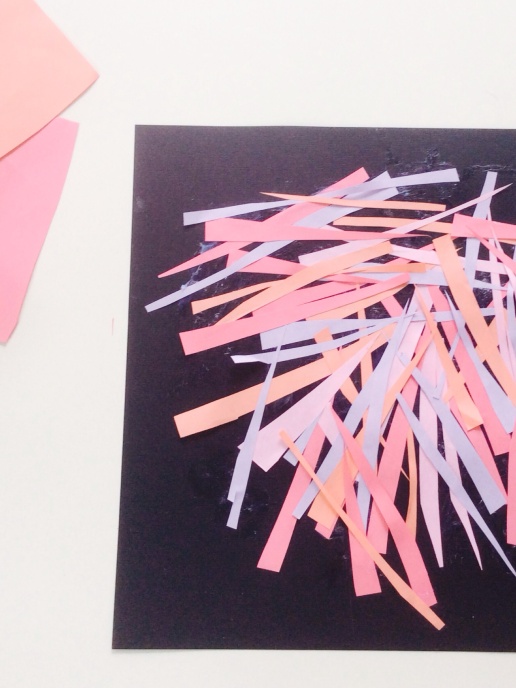 Take the other piece of cardboard, fold it in half, and draw a half of a heart on the side of the fold. Then cut the heart shape out while keeping the cardboard folded in half. 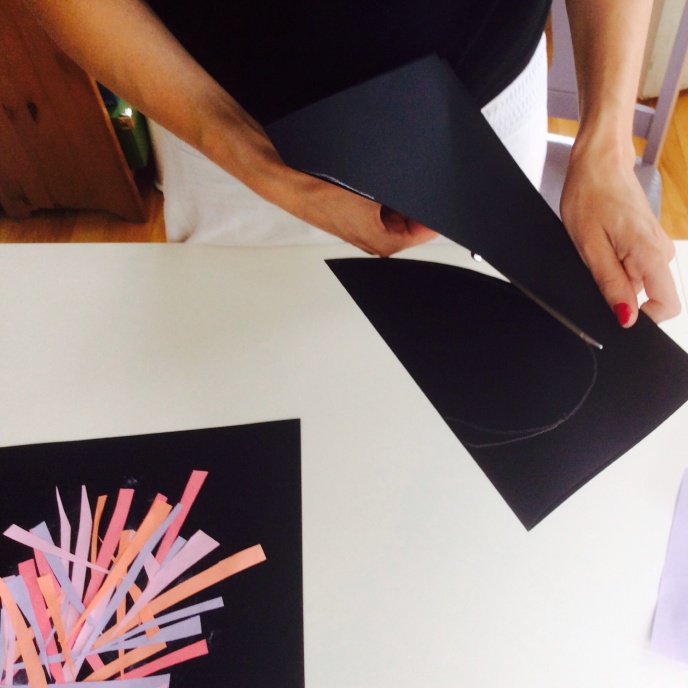 This will become the frame for your card! 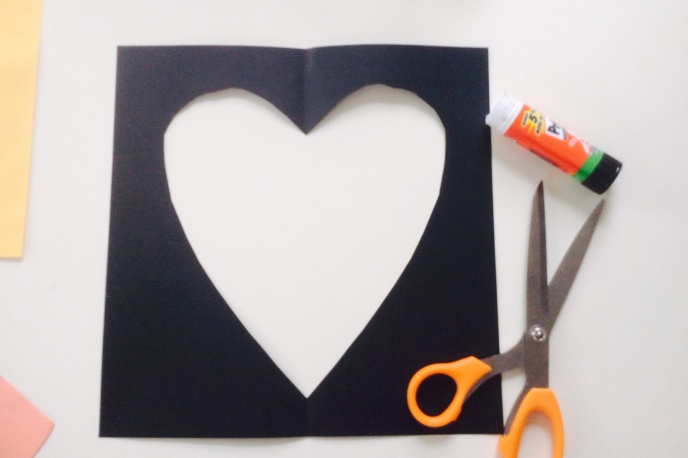 Glue the frame on top of the other piece of cardboard.

Now get your kids’ hands messy with paint and let them personalize it with their handprints! 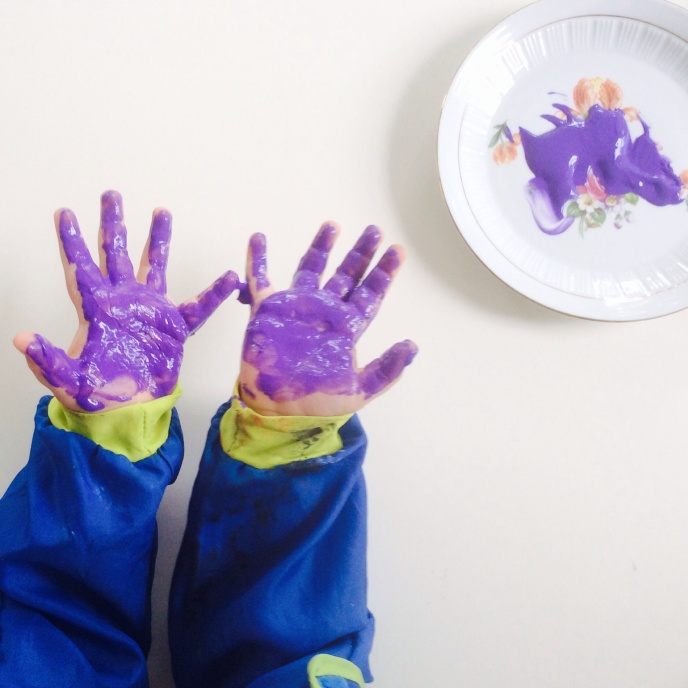 And your giant birthday card is ready for you to add some birthday wishes on the back! 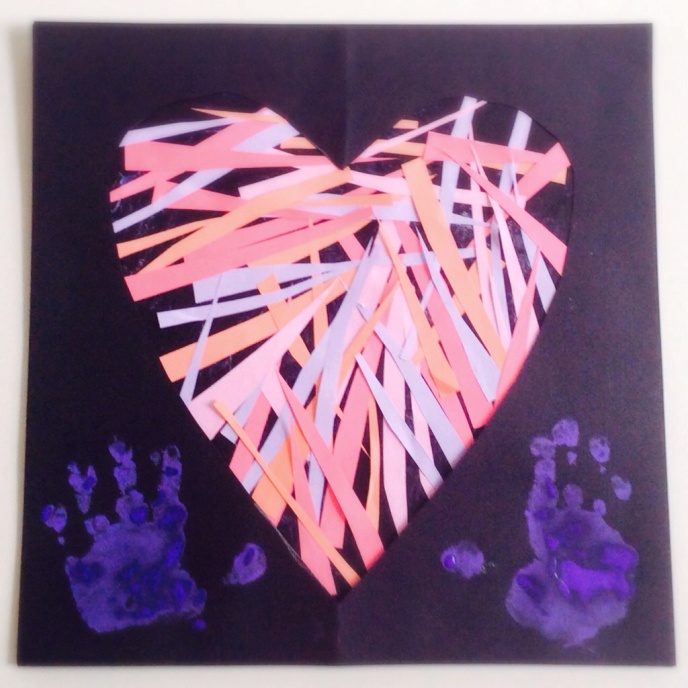 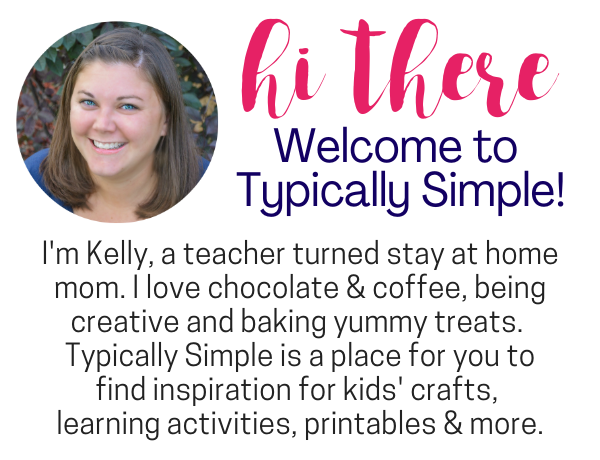